The Vallathol Award is an award instituted by the Vallathol Literary Society in the name of the late famous Malayalam poet Vallathol Narayana Menon. The award carries a cash prize of Rs 1,11,111 and a certificate. 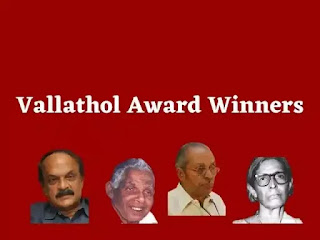 We hope you find the Vallathol Award winners knowledgeable. Have a nice day.

Today, I am Looking For