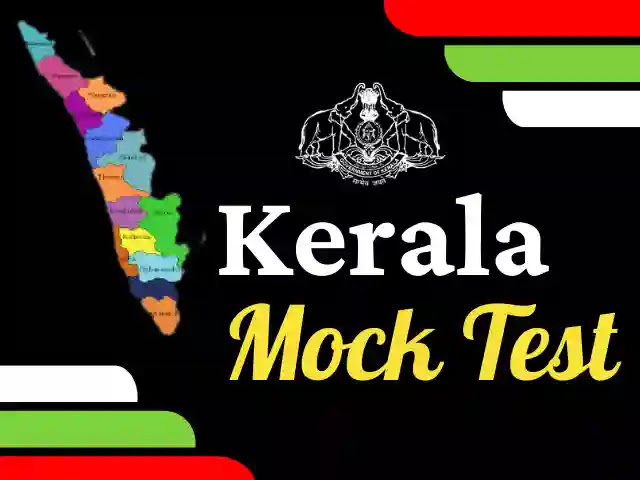 Here are some things to know about Kerala. You know that Kerala is the southwesternmost state of India. The capital of Kerala is Thiruvananthapuram. Kerala is a small state. Kerala covers only 1.18 per cent of India's area. The place is rich in diverse landscapes and has been listed by National Geographic Traveler Magazine as one of the top 50 places to visit in the world. Kerala is known as 'God's Own Country'. This is the motto of Kerala Tourism. Kerala is also famous for its spices. It is often referred to as the 'Garden of Spices'.Kerala has the highest literacy rate in India. The literacy rate in Kerala is 91%. Detailed mock tests on Kerala are given below.

We hope you find the Mock Test about Kerala useful. If you have any queries you can leave a comment below. Have a good day.